Emerging from the London fog 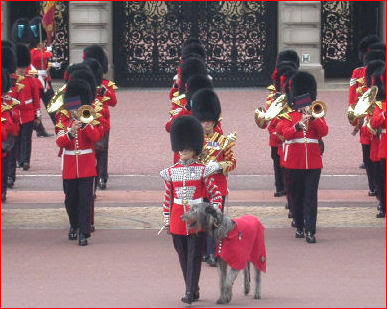 LONDON—I hate long flights. Anything over four hours can drive me up the wall. But one of the things I like to do on overseas flights is catch up on my reading.

Yesterday I packed a four-inch-thick stack of papers (mostly web documents that I had printed out over the past three months, thinking I would read them at the first opportunity). They all roughly fit in about four categories:

On top of that, I had about a dozen recent magazines—mostly issues of World, dating back to late April. This was a thick stack of magazines I had not had time to read. I read them and left them on the plane, so my luggage is already 7-10 pounds lighter than when I left home.

That's how our ten-hour flight became a marathon reading session for me. It's a typical way for me to occupy myself on long flights, really. I can't usually sleep on planes, and on overseas flights, everyone else always does. So it's a great opportunity to read. But about seven hours into the flight, my brain is totally fried. There's no way I can possibly read through everything. That's OK. I'll read the rest on the way home.

Here are the three best items so far:

by Ron Gleason at Challies Community Blog. This was sharp and witty, and the interaction in the comments was a hoot to read. Best quote: "By the way, if McLaren and the others didn't want to create new jargon, they've failed miserably because everyone from James McClendon to McLaren, to Miller uses virtually identical jargon. They are, in a word, 'jargonal.'" I loved this article and Gleason's writing style. This was my first encounter with Ron Gleason, but I'll be searching out more of his material. I see he also has an article about Emergent's pet foul-mouthed virago, Anne Lamott. I'll be reading that next.
A good digest of the problems with pomoism. Favorite quote: "There is a thin-skinned sensitivity on the part of many of those who identify with the Emerging Church. Even as they level severe and unstinting criticism at the inherited evangelical models, they recoil from criticism directed at their own proposals." Precisely: "Let's have a conversation—only you don't get to talk at all unless you affirm me."
The Gordon article, published in the Jan/Feb 2002 issue of Modern Reformation, has discreetly been removed from the magazine's online archives. It was probably the low point (or perhaps second lowest) of that magazine's otherwise often distinguished record. North's analysis is, as you would expect, acerbic, entertaining, informative, and a perhaps a little paranoid. But hey, that's why we read Gary's stuff. This article reminded me what a keen mind Gary North has, and what a shame it is that he has been so obsessed over the years with doomsday scenarios and money-making techniques. The best quote of this particular article is too long to cite in full here, but here's a bit of it:

The problem as [Gordon] sees it is this: the Bible is insufficient.

I would suggest that part of the reason our unbelieving friends succeed as often in marriage as we do is that they are never hoodwinked by any misunderstanding of the self-sufficiency of Scripture. They are never counseled to "read two verses and call me in the morning."

Is this clever, or what? Can he zing pastors, who spend much of their time in marital counselling, usually free of charge?

My conclusion: It is a lot easier to give lectures at a humanist-accredited, PCUSA-run college than it is to give counsel to couples about to divorce.

OK, let's get down to specifics. Let's go to the Bible. Here are my two verses. Dr. Gordon can call me in the morning.

By the way, here's a fourth item that I really enjoyed, and since I haven't indulged in BlogSpotting for several days, I'll shamelessly and vaingloriously point this out: At the end of the current issue of World, Marvin Olasky includes a special section: "Useful books for summertime reading." He gives a thumbs-up to Fool's Gold?—a book published recently by Crossway that several of us who are connected with The Shepherds' Fellowship collaborated on. It seems Mr. Olasky liked my assessment of N. T. Wright and the New Perspective on Paul a whole lot better than Li'l Brudder did.

And here I was thinking that North was still in his bomb shelter from Y2K.

Did he finally run out of water and have to come out?