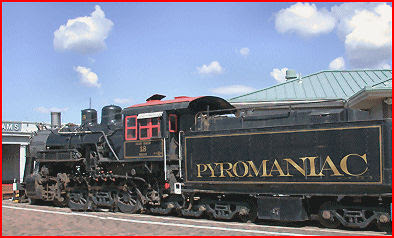 
Back on the bus tomorrow. I'm already reading another book I promised to review for Challies. If he hasn't given up on me.

I read that Warfield essay about 20 years ago I reckon. Any idea if it's available on the web anywhere?

I don't suppose it's this one?

Hey Phil, perhaps a strange question, but do you know what your reading rate is? That's an abitious day's reading if you are reading it all and not skimming it. What (if anything) have you done to become a better reader? I've been studying reading, and working on increasing my speed, so was just curious.

Big Chris
Because I said so

Dr. Haykin is not only a Canadian, and an excellent writer, he is a great speaker. I saw him at a home schooling convention wher he shared ideas for incorporating church history into home school curriculum. He gave an excellent lecture on using the great hymns of the faith and their writers to chronicle the history of the faith. I was wishing I could have had him as a history professor when I was a student.

Hmmm...on second thought, Dr. Haykin may NOT be Canadian. I could be wrong about that... doesn't matter, he was an excellent speaker all the same.

Haykin lives in Canada, at the very least. I had coffee with him a couple of months ago and he was very much...here. It would be tough to be Principal of Toronto Baptist Seminary without living there. :)

And Phil, I like the way you make that book sound like such a terrible burden! But I have never given up on you, pal!

Thanks for the heads-up on the books by Haykin and Trueman. They should find their next royalty checks a few cents larger because their books are must-haves for some research I'm doing. Turns out Haykin has done a couple other books I'd like to read, too.

Uh, Phil aren't you a bit fearful of leading folks astray by titling your last three posts with the names of SECULAR songs:

You may have to put PYROMANIAC into your worrisome category in your sidebar...

Thanks to Phil for bringing his Pyromaniacal attention to Haykin and Trueman.

I feel Haykin is the most underrated church historian in Evangelicalism. His work on figures such as Fuller and Sutcliffe fill out the picture of Calvinistic Baptist piety that led to Carey's mission to India. Learning more about these figures has been a great blessing to me.

I also think Haykin is great because he is my boss at TBS!

Trueman also fits the underrated category. Few theologians or historians have the incisive analysis that this transplanted Brit has.

Oh and by the way, Haykin is a Canadian, just to confirm.

Hi Phil! Thanks for the review! I can see that you like VALKYRIES better than SECRET RADIO, but SECRET RADIO got more pompous and corrupt preachers really, really, really mad. I found it very refreshing to write. You are very kind and gracious,and I am sorry I ever drew a cartoon of you in a tutu.

I've got a copy of Armies of the Lamb that is rather worn (I've used it in two classes so far, both taught by Dr. Haykin). The first time through, it made a huge impression on me, and I started learning all I could about Fuller. The second time through, I became a convinced Fullerite (to borrow Ella's term of endearment). It's a book I recommend to everyone.

Thanks for confirming Haykin's Canadian status. I seem to remember reading that in his bio when I attended a convention, but I couldn't remember.

mrclm, good question. I always wonder what apparently prolific readers do to increase thier reading speed.

I am not that fast but I was once told to use a pencil as a guide for my eye and to maintain pace.......it sped me up a little.

Yeah, I learned to read a little faster when Dr. Boyd (OTS prof at TMC) would have us reading two Bible books in two nights. Don't get me wrong... I love the Bible, but there's something wrong with that man (actually, he is a good teacher). I was just commenting to my mom today about how I wish I could learn to read faster. My sis (now an editor at Grace Comm) can read books a hundred miles per hour. I have enough trouble sitting myself down to read... and then, once that's done, actually doing some fast reading. I hope Chris's question gets an answer... I'll be checking back.

I appreciate your book reviews. I've looked for a list of book reviews by you on your site and couldn't find a list. Is there one? If not, how 'bout it?

Just out of curiosity, what years did John MacArthur play football at USC? Thanks and ROLL TIDE.