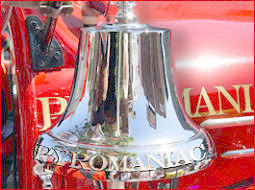 I'm on my way home. We have a 45-minute layover in Dallas, where there's supposed to be T-Mobile access at every gate. Every time I have ever passed through here, the service barely works, which is really irritating when you're already in a hurry anyway. We'll see if I can get online and hold the connection just long enough to make a post.

So close, and yet so far

We were traveling through Dallas at the same time Katrina was coming ashore earlier in the week. I had anticipated the possibility of cloudy or stormy weather and flight delays here, but it was mostly sunny in Dallas that day, because Dallas was just outside the periphery of the storm system.

Of course, today Dallas is one of the hubs for relief activity. The airport is bustling, and there's a serious, somber tone in the air. In the airport lobby in Tulsa and on the plane to Dallas, I read several newspapers and magazine articles about Katrina's devastation. It's the first print news I have seen on the disaster, which means it was my first exposure to any in-depth personal accounts of all the human tragedy—and the magnitude of it all is overwhelming.

Again, for all my friends in Christ who have been affected, and for anyone in the disaster area who may read these words whom I'm not even aware of, our prayers are with you, and we are determined to do everything within our power to help with the disaster relief.

While we were in the departure lounge in Tulsa, a man introduced himself and said he recognized me from my blogpicture. Turns out he's a frequent reader of PyroManiac and therefore knew I was in Tulsa.

He was on his way to Baton Rouge. He's an emergency specialist who works for an insurance company and lives in Tulsa. This is already his second tour of duty in Louisiana since the hurricane hit. He'd been in Louisiana most of the week, then came home for a day, but now was returning to the disaster area. I asked where he would stay, and he said his company has rented a conference room in a Baton Rouge hotel, and the disaster team sleeps in sleeping bags on the floor.

The work is difficult, I'm sure, and he is dealing daily with people in the throes of the deepest kind of grief, and as his work takes him further from Baton Rouge, I suppose he'll have to make do with whatever accommodations he can find.

It reminded me that there must be tens of thousands of people like him whose lives have been disrupted by the disaster, even though they don't live in the disaster area. They are a lifeline to the dispossessed who now have to rebuild their lives. They all face months of extremely difficult work.

I forgot to get permission to post this man's name [Sunday update: It's Brad, and since he posted a comment here, I'm going to link to him], but please remember to pray for him and his colleagues as they labor on the front lines of the relief efforts.

I'm planning to do a little research when I get home and post a list of relief charities I recommend. I hope you'll do all you can possibly do to be part of the effort to help people whose lives have been torn apart by this tragedy.

Thanks, Phil, for mentioning the emergency specialist so that we can keep him and his colleagues in prayer.

Our company in Oregon has the good fortune to have a reserve National Guardsman on staff (he's a Christian). His whole unit was called to duty yesterday at 2:00 p.m., and he flew out with the others at 7:30 this morning to Louisiana. We had a time of company-wide prayer, asking that the Lord would work especially through the Christians who are involved in the relief effort--that their compassion and life-witness would touch lives for His glory.

Looking forward to seeing your list of recommended charities.

Phil, if you have his email address, send him mine, jigawatt@jigawatt.us. I live in Baton Rouge and I might be able to hook him up with some better accomodations.

My wife and I were members of The Bible Church of Little Rock (that's me playing the guitar in the middle picture) for about 4 years, and I met you when you spoke there at the FIRE conference. We recently moved to Baton Rouge.

At the bottom of this post is a prayer request and a praise regarding two of our own GCC folks and their families affected by the Hurricane.

Hi Phil
Welcome back to reality with a bump- whilst I have been away too all this didnt fully hit me. When looking at charities pop by my blog first, then follow to the links to the list Truth Laid Bear is putting together and register your blog and any charities he hasnt mentioned.

My money is going to Sovereign Grace to largely be spent by a local church that I can trust as it is a bit like my own, personally I think that is a good channel provided you know the local church is cut out to sort out the best way to spend it.

I posted the other day and want you and your readers to know that I live here in Baton Rouge, La. There is currently a movement underway among local churches to mobilize and care for the evacuees who have been displaced by Katrina. Their website is http://www.prccompassion.org/. While the national news reports that there are arenas filling with people, it is not often mentioned that many churches in this area have taken in many survivors. One church has as many as 1000 people now living on their campus. The pastors of this area have met and formed this PRC compassion movement to help organize the church's efforts here. My pastor informed me tonight that he was at the meeting and that the most important item discussed was that there is now a desperate need to share the gospel while at the same time meeting the needs of the people. This is a great opportunity for Christians to not only meet needs, but to share Christ with the lost and hurting. Please check this website out and see if you find it a worthwhile place to give.

I awoke this morning to a phone call from our countys' Emergency Management Team. The lady said, "Pastor, we will be receiving 250 refugees in a few hours. Can you bring sheets, pillows (& cases), towels, washcloths, personal hygiene products, etc. to the fire station. In case you think 250 is such a small number, our county population is only 10,000! The county seat (Emory) pop. is only 1,021! I am finally home and just received a call from James Spurgeon (of 'Tales From The Temple' fame), who lives about 20 miles away desiring to help. I was able to tell him that they were situated with an abundance of the aforementioned articles, and sit back & think how this same thing is happening in most small east Texas countys', and what a wonderful opportunity to show them the grace of God by showing them Christ in us. As I saw them after getting off the buses, I wondered what God was going to do in their lives & ours in the coming days, weeks, months,etc....I am,
Grateful for grace,
The Dogpreacher
(Doctrines of grace preacher)

Thank you for taking time to speak with me at the airport. You are very gracious and it was a real honor.

I am also thankful for mentioning my very small part in the response to this disaster. Yes it does result in inconveniences for me and my family but they are minute compared to what the people of the Gulf coast are enduring.

My return to Baton Rouge showed things to have settled down considerably. The literally hundreds of people sleeping on conference room floors and in the lobby of the hotel have begun to find other accomodations with friends, family, and caring people. The city should be highly commended in the efforts spent to help all the refugees that have come into it from day one. I personnally have witnessed several incidents of common people going to great lengths to help total strangers, despite the strains they are experiencing from lack of electricity, gas shortages, and horrendous traffic.

The efforts of the company I work for focus mainly on large commercial and industrial properties and we are starting to be able to get into New Orleans. I spent the day in several outlying communities west of the city. Power is coming back on, water is available, although not yet drinkable, and roads are being cleared. However, the work is just starting and there is much still to be done just to restore basic services to many people. Please remember to keep all of the area in your prayers.