The worst job I ever had 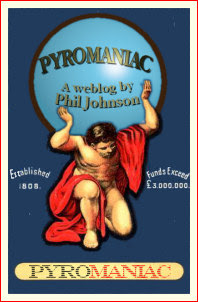 I mentioned last week that my Dad was a roofing contractor and I worked for his company in my high-school and college years. I worked on a roofing crew every summer of my life from 1969-75. I also did roofing during most winter breaks throughout my college career.

Roofing paid pretty well, but it was miserable work. The hottest place to work in summer is a roof where there's no shade. The coldest place to work in winter is a roof where there's no protection from the wind. Roofing isn't prestigious work to begin with, but I was always at the bottom of the hierarchy on every crew I worked with. (Being the boss's kid is no advantage in the mind of any roofing foreman I ever knew.)

That meant my normal jobs were shoveling gravel and carrying huge buckets of hot asphalt. But the worst jobs involved tearing off old roofs. It was filthy, hot, sweaty work—and some kinds of roofing-pitch are very irritating to the skin and eyes.

I used to dream of a desk job in an air-conditioned place, and to this day when my job becomes stressful with deadlines, I simply reminisce about roofing and instantly realize how much I dearly love what I do.

After college, while I was settling into my first full-time job as a book editor, I worked a second job (for about a year and a half) as a night clerk in a downtown Chicago funeral home. It was one of the better and more interesting jobs I've have ever had. About ninety percent of the time when I was on the clock, I was also sound asleep. With my boss's blessing.

Someone had to be there at night, because Chicago's city morgue had limited space at the time, so police protocol required that bodies from police cases where murder was not suspected were delivered to the nearest funeral home. (This would include suicides, deaths by exposure, deaths of indigent people, and a whole lot of other strange situations.)

That's why the Chicago Police frequently delivered bodies without warning in the middle of the night. We received on average only one or two nighttime deliveries per week, but someone had to be there, and that was my job. I would drag myself half-awake out of bed, answer the doorbell, show the cops (with the deceased) to the embalming room, inspect the corpse and prepare it for storage, and then put it on the slab—or if necessary stick it in the fridge. (We had one of those body refrigerators with long trays that rolled out. It had two compartments, but we used it only if decay had already begun.)

Then I'd sign papers, show the policemen out, and go back to bed. I slept on a rollaway bed in a room furnished with display caskets.

It sounds really creepy, and I guess it was. But the job paid well; it was low stress; it was very quiet; and it eliminated the need for me to rent an apartment.

Besides, I was still single and dating at the time. I concocted a test: If my date was too queasy to tour the funeral home (it was where I lived, remember), then I knew she wasn't the girl for me and I wouldn't date her a second time. I eliminated a few hopefuls that way.

Oddly enough, I met Darlene just after I quit working at the funeral home. She says she would have been totally repulsed by my funeral-home lifestyle, and she wouldn't have dated me if she had known I lived there, or if I had ever tried to get her to go there with me.

Was your time at the funeral home the inspiration for the byline at the Hall of Church History site?

My other question is, did you ever play any pranks while you worked at the funeral home?

I just laugh thinking about all the mischief you could have caused working there Phil.

Well, Phil, at least the funeral home gave you a rollaway bed and didn't ask you to make use of the display caskets for your bedding.

Too bad Mary Roach's book Stiff: The Curious Lives of Human Cadevers wasn't available back then. It would've been the perfect tome for bedtime reading, given the setting.

that's livin'! Free rent is always a winner in my book.

-broke college student who rides her bike to work at 4:15am-joey

I guess that, after college life, you finally enjoyed having quiet room mates...

I always look forward to Mondays on your blog.

I bet the dead guys in the funeral home didn't understand your sarcasm either, huh?

what a cool job.

I feel your pain on the roofing crew. The only construction job that I dislike worse than roofing is pouring concrete. However, it would be a toss up either way.

I visited the LA County crematorium with a hospital chaplain from my church. We met the "Bar-B-Q Man", the long time employee whose job it is to run the ovens. Mr Bar-B-Q took us into the chapel and showed us where they used to conduct services. As we approached an old casket, out popped the chaplain, and we all had a good laugh.

Apparently one police captain once pulled a similar stunt while giving some fresh recruits a tour of the crematorium. One new member of the force was wound a bit too tight, and was so startled that he drew and fired his side arm and would have shot his captain if he could have collected his wits enough to aim his weapon before he fired it.

No apartment? Where did you wash, what about all your books and clothes???

Suddenly the strangely compelling pictures of cadavers on your blog make sooo much more sense.

And why would he need to wash? I'm sure his roomies smelled worse...

My worst job was being a fishmonger. Ever tried getting fish-scales out from under your fingernails when you've just had to hack to pieces and shift 7 foot-square of compacted ice? My husband didn't marry me for my soft and gentle hands. Come to think of it, I didn't smell too great either....

FB: There was a private shower room and a large closet for my things. Also, the place had four full-size parlors all decorated with the finest Ethan Allen furniture.

On evenings when they were holding a wake, I was required to wear a suit and tie, but I had no actual duties other than the occasional courtesy of parking a car for an elderly couple or something. I mostly tried to stay out of the way, which wasn't hard to do.

Most evenings, there was no one there at all. In those days I had a large coterie of friends who were not the least bit squeamish about spending time together in a funeral home. I was free to entertain guests in the vacant parlor, read, play board games, order pizza, or whatever I wanted to do.

It was really a wonderful setup, except for the faint aroma of embalming fluid that always permeated the place. Once you got used to that, life was easy.

As a night person (half-vampire) myself, I think the funeral home job would have been pretty sweet. :)

libbie, I worked at a fishplant for awhile (we prepared the raw fish for packing)-and for some weird reason, I liked it. Even the time the live one came skittering down the line and we had to catch it. Everyone who knew me was quite surprised by that.