Get Into Your Kids' Heads. 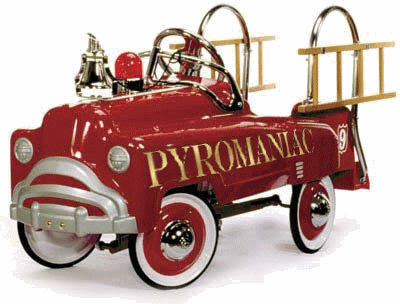 Debrief your kids after Sunday school. It's great fun, and you'll find out exactly which truths they are learning and which ones are going over their heads.

One of the most interesting people I have ever known was a four-year-old named Holly. My wife and I used to watch her for several hours each day while her mother taught half- day kindergarten. Holly and I quickly became close friends, and we had many profound conversations.

Holly was exceptionally well behaved and had an extraordinary interest in spiritual things. One day, however, she seemed determined to be naughty. I don't remember exactly what she was doing wrong. It was nothing serious, but it was out of character for her. After having to speak to her about her behavior several times, I asked in frustration, "Holly, what's wrong with you today?"

"I don't know," she sighed. "I just can't seem to get my life straightened out."

Her tone was so solemn and sincere that I had to suppress the urge to laugh. "Well, what's the problem?" I probed.

"I think it's the Disciples' fault," she said in dead earnest.

Thinking she was talking nonsense to try to cover for herself, I spoke in a tone that said I was irritated: "Oh, come on, Holly. How could the Disciples have anything to do with whether you misbehave or not?"

Her eyes got wide and she leaned forward as if to let me in on a deep secret. "They were very evil men."

Now I felt caught. I didn't want to dismiss the conversation without addressing this notion that the Disciples were sinister, but I was reluctant to let her steer our talk away from the issue of her impish behavior. Knowing this had the potential to become a very long session, I nevertheless decided to deal with one issue at a time.

"The Disciples were not evil men," I challenged her.

"Oh, yes," she corrected me. "They wouldn't let the little children come to Jesus."

"OK," I conceded, "they did wrong things sometimes, but they were mostly good men. They were Jesus' helpers."

"That's right," Holly said, as if she were the teacher and I were the student. "They were Jesus' helpers—but they tried to keep the children away. They were the bad guys." This was cut and dried to her, and she was visibly shocked at my willingness to defend anyone who would try to keep little children away from Jesus.

I quickly decided it would be prudent to abandon that part of the discussion. "Holly, the Disciples were not evil," I said with finality. "But even if they were, I don't see what that has to do with your bad behavior."

She exhaled impatiently and explained: "I asked Jesus to come into my heart and wash away all my sin. I think He must have let the Disciples help, and they didn't do a good job!"

Think about it. Holly's logic was impeccable. Using all the theological knowledge she had, she had concocted the most coherent explanation for sin in a Christian's life that her four-year-old mind could put together. In some ways it makes much more sense than the excuses we adults come up with. Yet I would never have understood what she was thinking if I hadn't kept asking questions.

Holly and I had many discussions about the Disciples after that, and it took me quite a long time to convince her that they weren't bad guys. But she came around. Fortunately, she grew to understand the doctrine of sanctification a little better. She's now grown up, with a family of her own.

I'll bet she's having fun finding out what her kids learned in Sunday school.

Your Pyromaniac pictures continue to impress, almost as much as the posts themselves.

Phil, that was excellent. I have many friends who are teachers and each, I suspect, will be blessed by your story. As a not-yet-but-lord-willing-some-day father, I know I'm appreciative. :)

These little guys usually pick up the things we don't want them to, but sometimes they surprise you. Just this past week my four year old son was watching the Chronicles of Narnia PBS movies from a few years back when he came running to tell me that the little girl couldn't tell a lie. I asked, "Do you want to be like that little girl?" My son replied, "I try to, but I just can't." My brother who was nearby took the opportunity to share the Gospel with him. We pray that the Gospel that both of my sons (4 and 6) have heard will take root, and as soon as they can understand, that they will believe.

Thanks for giving me someone else to blame for my behavior! Instead of "The devil made me do it" I can now say "It's the disciples fault".
O -- you've also given me something else to blog about!

My wife sent this email to me at worktoday:

Attempting to explain to Micah that God doesn't just dwell in heaven,
but is everywhere, I mentioned that when we trust Him for the
forgiveness of our sins, His Holy Spirit actually dwells within us.
Trying to understand, he said, “But He's so big He would poke out!”