Leftover comments about this week's discussion 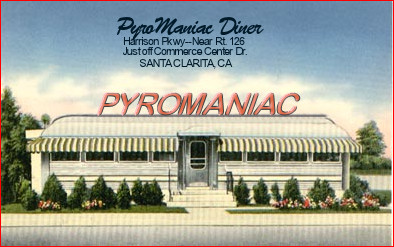 I've had a couple of private conversations and received a few off-line e-mails this week regarding the Millet-MacArthur meetings. Also, one or two issues came up in the comments that I wanted to respond to but didn't have time.

So I thought a good way to end the week was by posting a list of my own comments and observations. Here are a few lingering thoughts about evangelical-Mormon détente:

I wondered where the LDS bloggers were. I couldn't believe that no Mormon bloggers had been provoked to comment this week, but I guess if they wrote you personally to call you a liar, then you've been heard.
If a blogger posts in the blogosphere, and no body comments, does he make a sound?

I wonder if Mosser and Owen know that you speak with the good doctor (MacArthur) on a daily basis?

The trip to Salt Lake by Biola students was a mission trip. I'm sure the Mormon students wouldn't report it that way.

It's so refreshing in these PC, don't offend anyone times to actually read a black and white statement.

It seems that Owen and Mosser get around.

As I commented on your previous post...there are so few today who make the clear, unambiguous statements as John MacArthur does. I thank God that He has given them such a desire that they can do nothing less. Thanks Phil, and keep bringin' it!

May God bless BOTH relational and confrontational ministries in Utah with gentle grace and truth-heralding courage.

Grace and peace in Christ,

Phil: It doesn't surprise me the least that Mosser and Owen accused you of "lying" and being "uneducated." I don't have the quote in front of me at the moment so this won't be exact, but I recently read the following words in the context of legal debates:

That last line is exactly what Mosser and Owen have resorted to.

Impacted wisdom truth: Thanks for that fascinating link. Sad, but informative.

Hi Phil,
I just thought I'd let you know that Dr. Haykin has recently set up a blog. He'll get it up to snuff this week.
Ian Clary

I guess I should have posted the link to Dr. Haykin's blog! Ooops.

Clear enough, but isn't "off-line e-mails" a contradiction? Electronic mail that didn't go through the internet? :)

Right on point! Years ago, I was asked to speak to a group of evangelism leaders at Grace Church. They were looking for THE key verses that brought me to faith, thus the key to reach Mormons. I told them Mormons have a wrong view of Man, Sin, God, Christ, Salvation, and Scripture. It is difficult to be more wrong than that.

Well, if they were confused about Macarthur's position or to busy following rumors of the meeting...

I think his letter makes it crystal clear his postion

Thanks Phil for keeping us up on this. I think you mentioned it best earlier this week (and Macarthur says it in his letter)...Mormon's do not worhsip Christ of the bible or believe the same Gospel, it really doesn't matter how close they are on definitions of certain doctrines if they are only using them to worship a false christ. The only dialogue that needs to be had is the true Gospel about the one and only Christ.

"I'm convinced (as are all who understand Scripture accurately) that Mormonism is a false religion, generated by Satan. It is a damnable heresy, and in the words of Paul, "a different gospel," under God's anathema"

Can someone just tell me what that picture of the two men is from? That's all that remains to be explained.

I believe the same could be said of Calvinisme. and Armenisme for that sake. All is heresy and not biblical.