At last! Something new at The Spurgeon Archive

Your weekly dose of Spurgeon

PyroManiac devotes Monday space to highlights from The Spurgeon Archive. 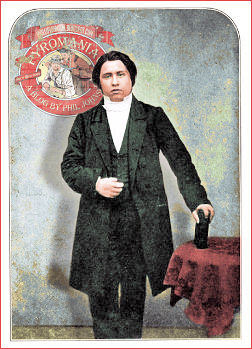 My good friend James Spurgeon (not a direct descendant of the Prince of Preachers, but quite a fine Baptist preacher himself) proofread five new sermons from the 1885 volume of The Metropolitan Tabernacle Pulpit, which have now been added to


James promises to proofread more sermons if I keep posting them. Let's encourage him.

Meanwhile, Here's an excerpt from "The Lowly King," a sermon about the amazing prophecy of Zecariah 9:9 ("Rejoice greatly, O daughter of Zion; shout, O daughter of Jerusalem: behold, thy King cometh unto thee: he is just, and having salvation, lowly, and riding upon an ass, and upon a colt the foal of an ass."):

Now, this riding of Christ upon an ass is remarkable, if you remember that no pretender to be a prophet, or a divine messenger, has imitated it.

Ask the Jew whether he expects the Messiah to ride thus through the streets of Jerusalem. He will probably answer "No." If he does not, you may ask him the further question, whether there has appeared in his nation anyone who, professing to be the Messiah, has, at any time, come to the daughter of Jerusalem "riding upon an ass, and upon a colt the foal of an ass."

It is rather singular that no false Messiah has copied this lowly style of the Son of David. When Sapor, the great Persian, jested with a Jew about his Messiah riding upon an ass, he said to him, "I will send him one of my horses": to which the Rabbi replied, "You cannot send him a horse that will be good enough, for that ass is to be of a hundred colors." By that idle tradition the Rabbi showed that he had not caught the idea of the prophet at all, since he could not believe in Messiah's lowliness displayed by his riding upon a common ass. The rabbinical mind must needs make simplicity mysterious, and turn lowliness into another form of pomp.

The very pith of the matter is that our Lord gave himself no grand airs, but was natural, unaffected, and free from all vain-glory. His greatest pomp went no further than riding through Jerusalem upon a colt the foal of an ass.

The Mohammedan turns round with a sneer, and says to the Christian, "Your Master was the rider on an ass; our Mohammed was the rider on a camel; and the camel is by far the superior beast." Just so; and that is where the Mohammedan fails to grasp the prophetic thought: he looks for strength and honor, but Jesus triumphs by weakness and lowliness.

How little real glory is to be found in the grandeur and display which princes of this world affect! There is far more true glory in condescension than in display. Our Lord's riding on an ass and its foal was meant to show us how lowly our Savior is, and what tenderness there is in that lowliness. When he is proclaimed King in his great Father's capital, and rides in triumph through the streets, he sits upon no prancing charger, such as warriors choose for their triumphs, but he sits upon a borrowed ass, whose mother walks by its side. His poverty was seen, for of all the cattle on a thousand hills he owned not one; and yet we see his more than royal wealth, for he did but say, "The Lord hath need of them," and straightway their owner yielded them up.

No forced contributions supply the revenue of this prince; but his people are willing in the day of his power. He is thy King, O Zion! Shout, to think that thou hast such a Lord! Where the scepter is love, and the crown is lowliness, the homage should be peculiarly bright with rejoicing. None shall groan beneath such a sway; but the people shall willingly offer themselves; they shall find their liberty in his service, their rest in obedience to him, their honor in his glory.

Now, this is great stuff with which to start a Monday morning!

This quote reminds me of the one by Jonathan Edwards referred to in Piper's new book, God Is the Gospel: The Excellencies of Christ are so diverse that they "would have seemed to us utterly incompatible in the same subject."

I quote Piper's response here. I pray that it moves your heart to praise God for being a glorious king, the King of kings, who is not above riding on a donkey, washing feet, eating with sinners, stepping off his throne as Creator out of heaven and into the body of a creature, to die naked on the cross, to draw me to himself, adopt me as a child, and exalt Jesus so that at the name of Jesus every knee should bow, in heaven and on earth and under the earth, and every tongue confess that Jesus Christ is Lord to the glory of God the Father. I pray that this reminder moves me today to not think myself too high to do even the most menial of tasks, not think my time too important to be bothered with the "insignificant" things of caring, and to love the way Jesus loved (1 John 3:16-18).

Thanks for proofreading the sermons!

Thanks for posting them!

Great quote! We just covered this yesterday. Such an incredible way to make your entrance as King and yet Jesus was more interested in serving than in being served. May that be our banner as well.

By His grace alone and always for His glory

What a great Savior!

I include myself here...but notice how many comments you get when you have a go at someone compared to the relative few that accompany CHS expounding Scripture?

God obviously isn't finished with us yet.

Thanks for the post, Phil. I never realized anyone had preached on Robinson Crusoe, especially the likes of Spurgeon.

There is a great section early in the book where Crusoe begins to read through the Bible, and is convicted by the Holy Spirit about his wretched condition. Then, in what many believe is Crusoe's "conversion" he states, "Jesus, Thou Son of David, Jesus, Thou exalted Prince and Saviour, give me repentance!"

How many of us think we give our repentance to God, when in fact, it is a gift to us.

I think in many ways it is as important a "Christian" book as Pilgrim's Progress.

What a great Savior indeed!

I enjoyed the sermon on sundry fools. Haven't read the rest yet. Here is a quote that I think is relevant to many discussion held recently. There is hope for the lost and we hope for the Holy Spirit to enlighten those that may presently be fools.

We call those fools who have a great want of knowledge of things which it is necessary to know. Where other men find their way, they are lost. Where other men know what to do upon very simple matters, they are quite bewildered and cannot tell how to act. I remember when I did not know the way of salvation. I had heard it from my youth up, and heard it explained very simply, too; but I did not know it. Many must confess that, though now they understand what faith in Jesus is, yet they were very slow in catching the idea. It is an idea which a babe in grace can explain, but which wise men, classically instructed, do not receive. I may stand here, and beat my very heart out in trying to make plain how men are to believe and live, and yet out of my congregation not one will receive God's meaning into his heart unless God the Holy Ghost shall enlighten him; for we are such fools that the simplest matters of heavenly truth are utterly unknown to us.

been waiting for Robinson Crusoe's Text

What a great Savior!